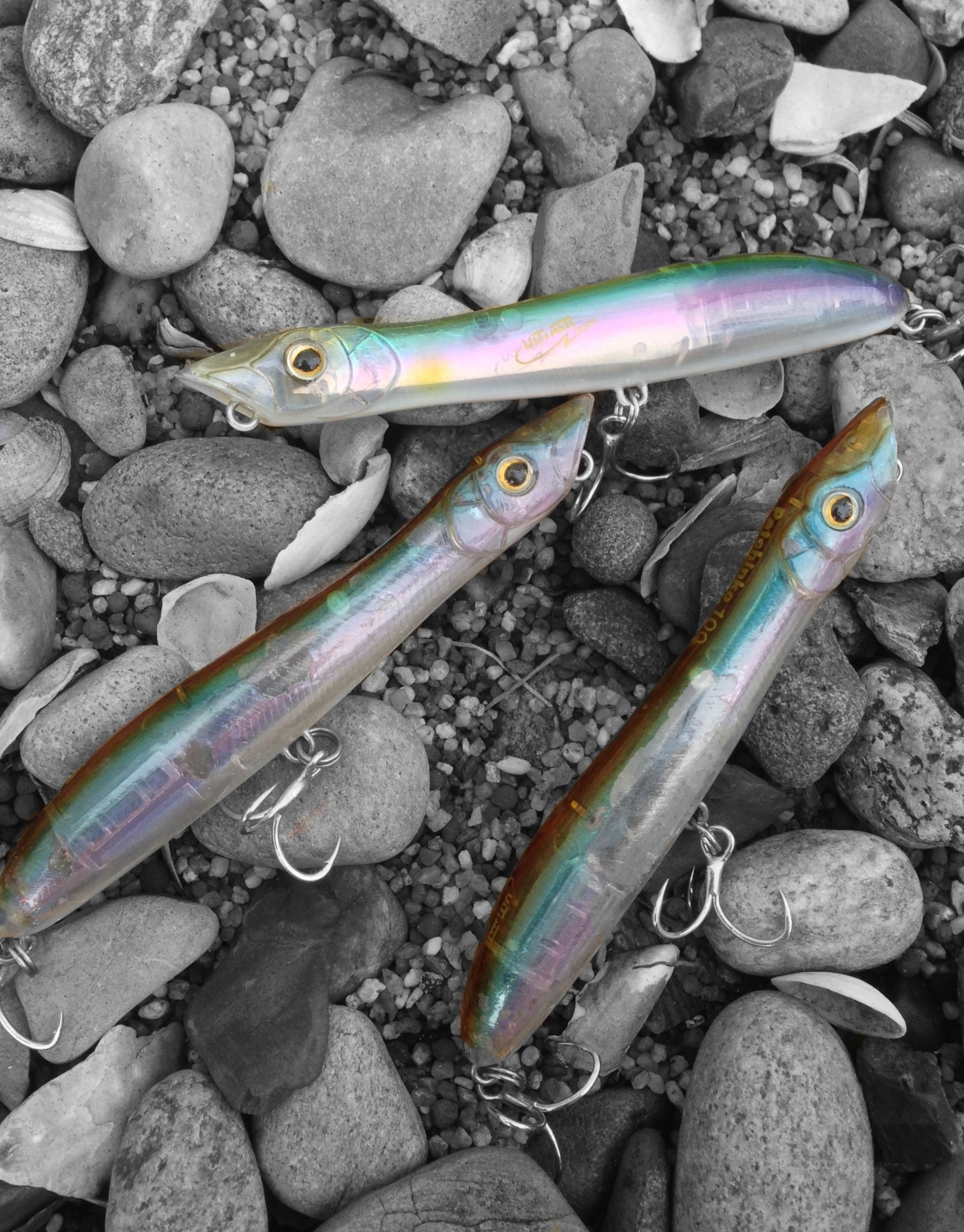 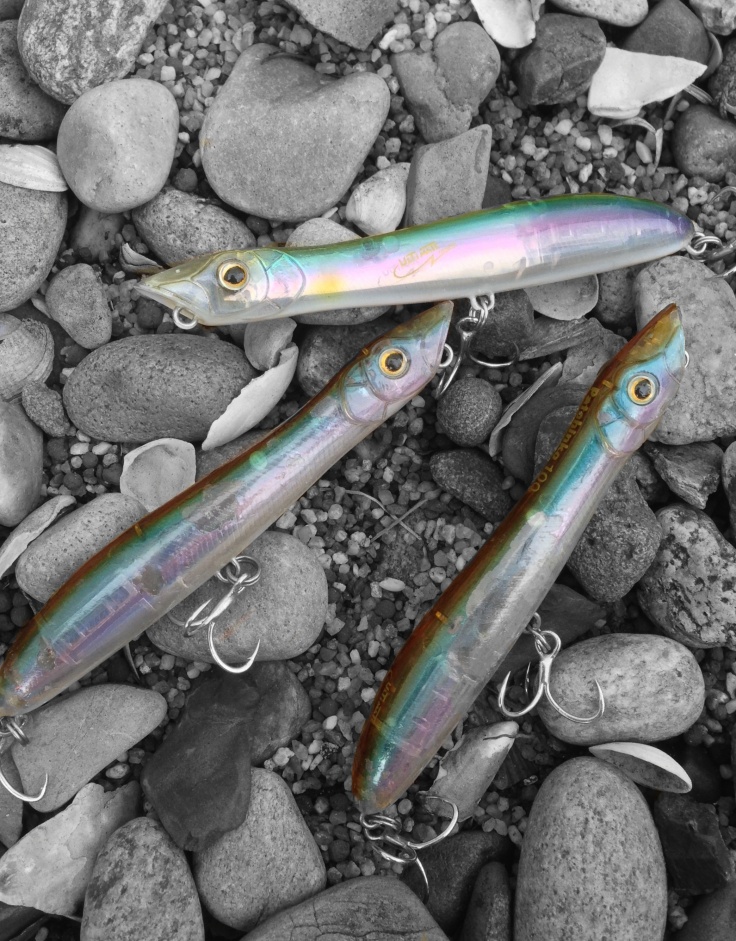 There’s something very odd for lure anglers about the way that one single lure can become so beloved, it becomes so special that whenever you look at it your vision become rose tinted as you see it on a pedestal above all the other (perfectly good) lures in your box.

I would even hazard a guess that many of us lure anglers out there have picked up that special lure and just grinned at it in a very weird way while turning it at various angles in your hand…well I’m ashamed to admit it but I have a few of these lures and I am guilty as charged of all of the above!

What for me is the lure I am most guilty of having a very odd overly obsessive intimacy with? – That may have even seen me sitting in a room in the night smirking at under a lamp while I replace it’s hooks and coat in clear varnish to protect it’s stunning paintwork
It could very well be the Black Minnow, I’ve done very well on it, I’m never without it, and it’s caught a majority of my best fish. But as you can guess you can’t quite have the same relationship with a soft lure as a hard lure, when you can sit down and give it some sweet TLC of changing its hooks, split rings and giving it a coat of clear varnish so that the paint doesn’t chip leaving it bare. 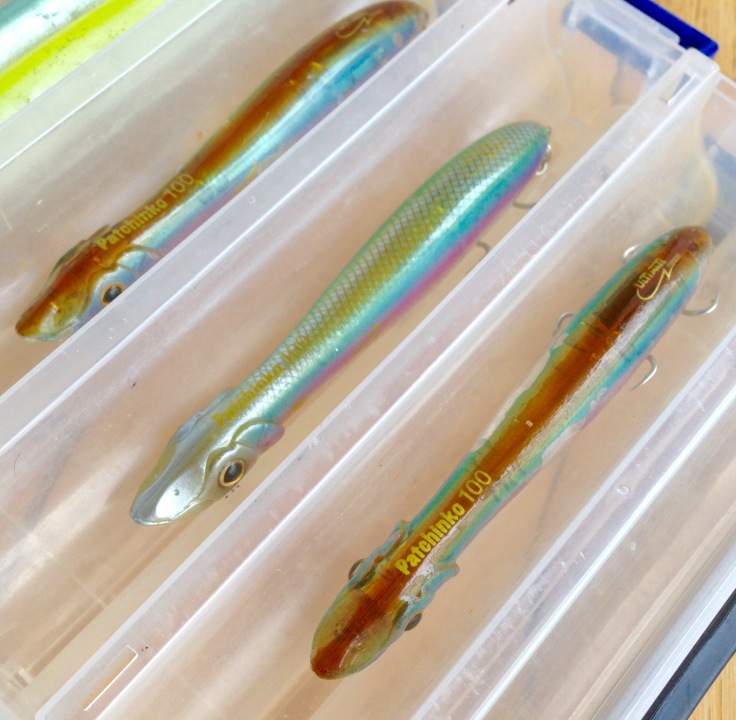 Coming from the French lure extraordinaires “Ultimate Fishing” it is a topwater lure that falls into the small lure category coming in at 10cm/11g.
That is no discredit to the lure though and it performs superbly both on the water and in the air. It has a face that just begs to slap the water and an arse that has somewhat of a hidden rocket launcher as for its size it flies. The sound it gives off is “one knocker” but scaled down much quieter thanks to the tiny little ball bearing in its rear. I’m not clued up personally on how much the difference the different “rattling” sounds from a lure can make but this quiet low pitch sound of the Patch 100 certainly has done well over the last year.

I would put my neck out there and say that at least 80% of my fish off the top last year came to the Patch 100. It really did that well for me and judging by conversations, reading through forum posts and results I saw first hand, I’m far from the only one that did well on this lure in 2015. 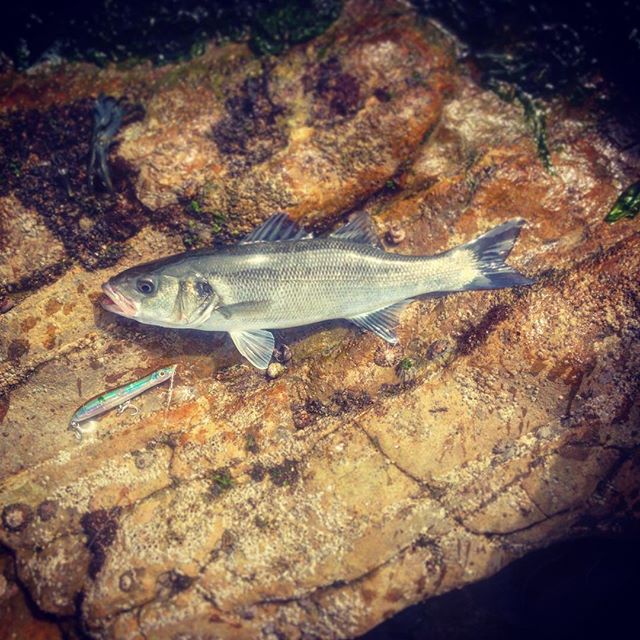 Colour wise though…I must admit I’ve not really had to experiment with different colours of this baby Patch, the first colour I got was the renowned 500g based on recommendations and since it’s continually done so well I’ve stuck with it. This is the only lure I always make sure I have at least 2 of…yes the obsession is strong. I have since invested in the “Baitfish” colour as it’s very similar to the 500G but with an internal flashing plate that I imagine would do well in lower light situations or overcast days when the “ghost like” colour of the 500g isn’t quite giving off the right silhouette. I have also heard good things on the Nacre pattern but 500g has been the one for me.

Personally there is only one way I like to fish the Patch 100 and although trying a few different ways of working it, one is a clear stand out. You want to get it face slapping in a tight walk the dog action, to do this get the rod tip up high and imagine you’re shaking the finger of shame at someone. That’s exactly what you want the rod tip to be doing, up and down tapping action that gets it face slapping in a slalom action, match this with a steady wind of the reel and the lure should be splashing and walking in that tight WTD action perfectly.

Working the lure like this there’s definitely a feel to when you get it right and for me personally when i get into that rhythm of taps that has caught me fish my confidence goes through the roof and I can’t help but feel that any Bass in the vicinity is going to soon have a go at attacking the lure.

I do however have a few issues with the lure, but what successful relationship doesn’t right? Well something that does niggle me a little is that the finish, especially on the 500g doesn’t match its price tag and pretty soon you’re going to see paint chips, i’ve still caught fine with this and it’s clear that the action, size and shape of the lure is far more important, but it would be nice to see it less prone to paint chips, although clear coating with varnish isn’t much bother and a sunday evening task I kind of enjoy…it’s the lure anglers version of an evening fly tying. 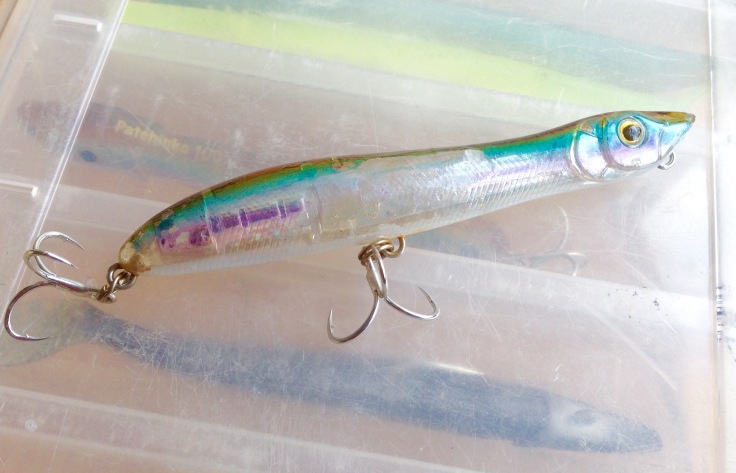 The hooks I’m still slightly unsure on, they are the Size 6 Decoy Y-77’s, all the Bass I’ve landed on this lure have all been lip hooked but I have pulled the hooks on a few fish that have slashed at the lure and probably been hooked just outside of the mouth and on one session one of these felt a very good fish that took the lure with a bow wake, in the fight made 2 very powerful dives, one close to my feet resulting in the lure flying past my face after the hooks pulled. 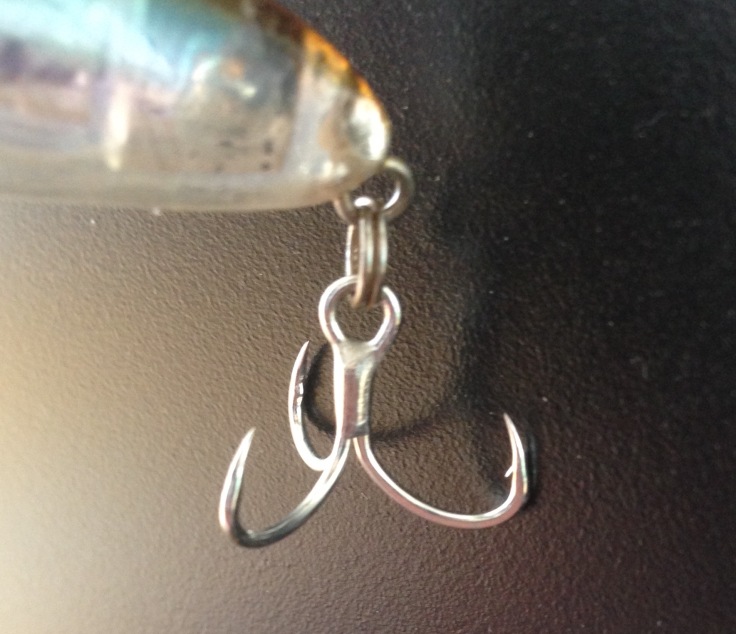 So the verdict is still out there on the hooks for me, I’ve had lots of fish on them up to 6lb but for me the moment the hooks pulled so easily on what was a very good fish close to my feet still stays in the back of my mind along with those slashed and missed attacks I couldn’t believe didn’t hook up.

These minor problems aside the fish catching abilities of this little lure far out weigh these and a superb lure it is, one that I really have got a thing for and serves me proud, it has a very well deserved place in the team and long may it continue for myself and other anglers throughout the 2016 season!

🏄‍♂️ 📸 @markdeboerlloyd
When I started fly fishing, I remember an old mans advice. ”Time spent in observation is never wasted and the more you look, the more you’ll learn, take time to sit and think” - Never fish blindly. It look a while to understand this advice, but in 2019 it became obvious in its benefits. From Salmon in the largest of Rivers, to Trout in the smallest streams it rings true. Here is some footage I captured of some rises that if I never sat and quietly observed would have passed me by. Even if the trout aren’t rising as per the final clip, it’s still pretty good for your mental state ☯️
Fishing below Norwegian waterfalls 🇳🇴 🌲
When passing one of the world’s renown chalk streams, the Avon a few days back it would have been rude to not stop to take in the natural spectacle of it. Walking its pristine clear waters to cast a fly to a fish, which despite its small size and humble appearance. Is a true indicator of a pristine aquatic environment - the grayling
Couple clips while hooked into a Salmon in Norway this summer 🇳🇴 🎣
“Why’s the nose of your board look funny...is it just to go one direction...” 🤔 📷 @chrismyphotoinst
Salmon season finished on a high, time and perseverance pays off!
The King of Fish - Atlantic Salmon. - A true test of determination & perseverance - 👑 🐟
Montana you’ve been magnificent. Fantastic guide school week learning plenty with @sweetwatertravel excited to see where things can take me!
Nothing beats Spey casting and swinging flies 🎣
Is it a red or orange sky? Gower you’re great
Catch & Release. #barblessfly