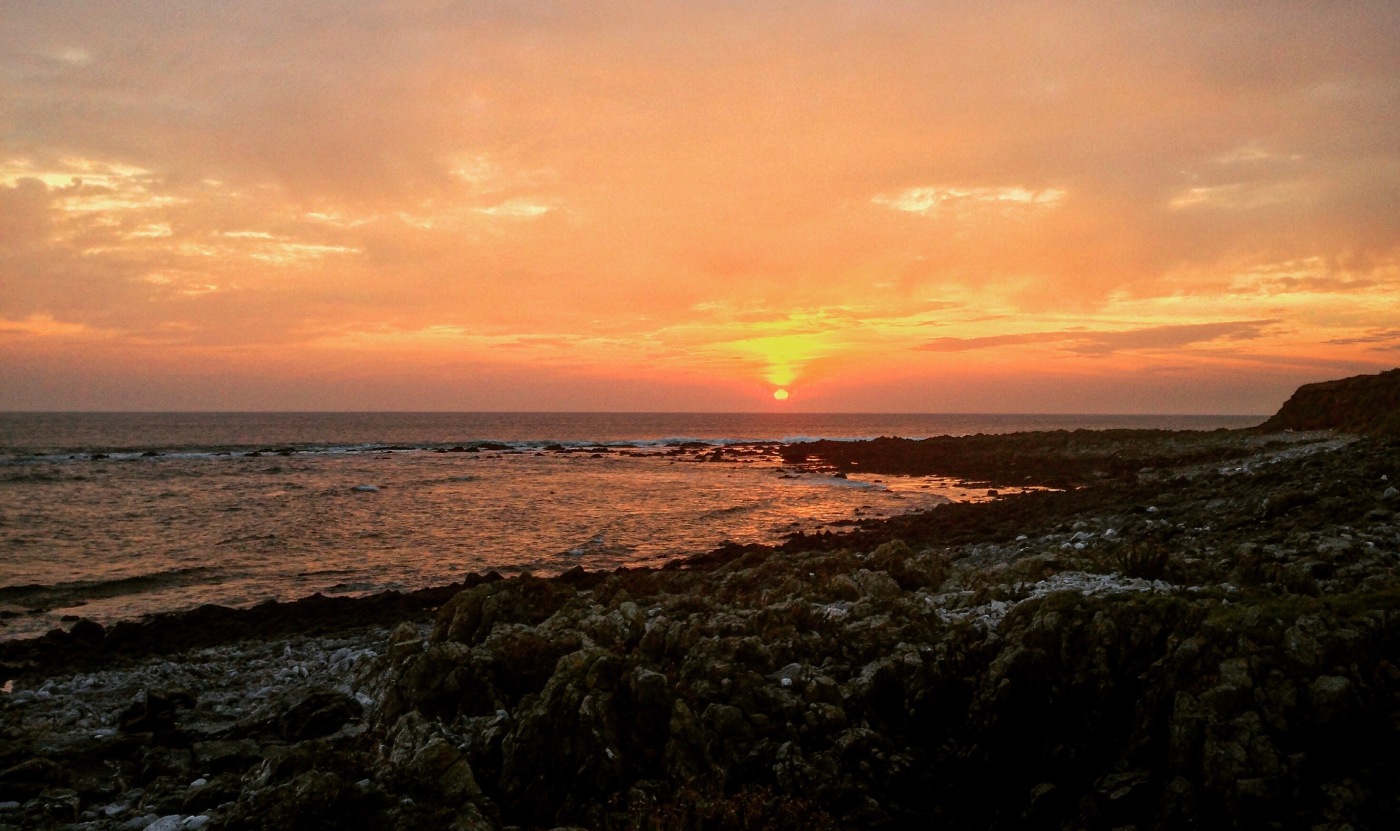 Let me start off with an apology for letting this blog slip away…I was thoroughly enjoying writing but Summer came and with it work, fishing and surfing took over and I just lost the flow of regular writing. I guess once you fall out of rhythm it is a hard thing to get back into.

2016 then…it’s been a great year for me in terms of both Surfing and Fishing, I’ve had some awesome surf sessions along with fishing ones.

The end of July saw some pretty good Bass fishing round my beloved Gower coast, there was alot of small Bass about and it became hard at times to find a way of avoiding them and targeting the better Bass. This is where luring in the dark came into its own. Simple tactics, focusing on being in the right places at the right time and complete focus over where and what your lure is doing in the water yielded success.

This year really has opened my eyes to night fishing and how much it really is about confidence, a lure with a confident angler on the end will always out fish a lure fished by an unconfident angler (believe me I’ve learnt this the hard way). Something else that I really believe in at night is the power of a WAKE. A waked lure at night has done some real damage this year, not just for myself but a lot of the guys I fish with. A calm flat night, a wake along the surface just seems to drive the Bass mad. Slow but not stupid slow and your sub-surface lure will be just in that surface film waking and enticing the Bass with something to home in on.

August came and the Bass fishing dropped right off…we had a few unseasonal summer swells which saw the likes of Langland and Gennith pumping on quite a few occasions in the sun. I spent a day in Pembrokeshire with Matt Powell of Bass Fishing Wales on the hunt for some of the big Bass he had been both seeing and hooking into but on the day only a few small Bass played ball but we fished some stunning ground and got pretty adventurous. Wetsuits on clambering along cliff edges, near to swimming out to the mark, stuff a navy seal would be proud of.

In August I had my first piece of published work for Sea Angler writing on behalf of BASS, I was really stoked with this and how the piece turned out, and its something I will keep for a long time. With my passion for writing still strong, its something I would really like to make more of and continue and improve on. Hopefully there is more to come.

September saw the Bass fishing at home start to pick up, with local estuary marks that hadn’t fished all year start to produce once again. Once again the Fiiish Black Minnow in the deadly yellow and white combo proved its worth, picking out Bass consistently in water you just wouldn’t look at for lure fishing.

September is meant to be the month when we get some of the best waves of the year with clean ground swells straight off the atlantic rolling to our shores, yet this year they just never arrived…so with this in mind I headed off to Ireland with a group of Welsh Boys I didn’t know all that well but welcomed me along and made me feel apart of their friendship group along side some awesome Bassing. Here’s a taste of some of the fish had throughout the week across some stunning Irish coastline.

Returning from Ireland, and October on the Horizon, everything should be at its prime, perfect clean autumn swells and Bass hungry on the feed before the water temperature begins to drop…well only one of those turned up, the autumn swells. October was an awesome month for surf and plenty of Autumn session were had. It was also when I headed to Newquay, Cornwall with the Swansea Uni Surf Team to compete in the BUCS Surf Competition, an annual comp that sees universities entering teams of surfers from around the UK, this year had a huge turnout with well over 350 competitors for a weekend of surfing and partying. As part of the Swansea Uni team, I took 5th place individually and as a team we took a respectable 2nd place in the team rankings. I was happy with my performance although I would really like to return next year with my eyes set firmly on making the final.

The waves were consistent back home there after with windy, stormy Langland being a regular thing, something I do thoroughly enjoy as it’s what I grew up surfing.

Into November, on the back of October’s swells it went flat for what seemed like an eternity. This gave way for calm, gin clear water, something I have rarely seen in November, just look at the image below!! Yes I did use my sunnies as a polarising filter, but it can only show whats there.

The fishing, with the conditions we had, really came on fire. It seemed that the East winds, and sudden drop in temperature drove the Bass well and truly mad. When you found the fish they really played ball, smashing lures in the pitch black with sheer aggression with the average stamp of fish definitely up on what is was for most the year.

Its interesting what has been working at night, far contrast to what you will be typically be told will work at night, again confidence it a huge factor. Not forgetting that deadly wake. But the black at night concept hasn’t seemed so true is all I’m saying…

December has been a surfing month with plenty of good sessions round Gower, with the crowds of summer dying off as after work surfs are no longer possible. With a new stick from long time shaper John Purton – JP Surfboards, I’m amped to get in the water as much as possible now on my small wave shredder and impressions so far is that it definitely turns crap, gutless waves into waves worth getting wet for. The fin set up also lends itself perfectly to laying down a hard rail and surfing this in small clean waves I can definitely feel an improvement in my flow and rail game. 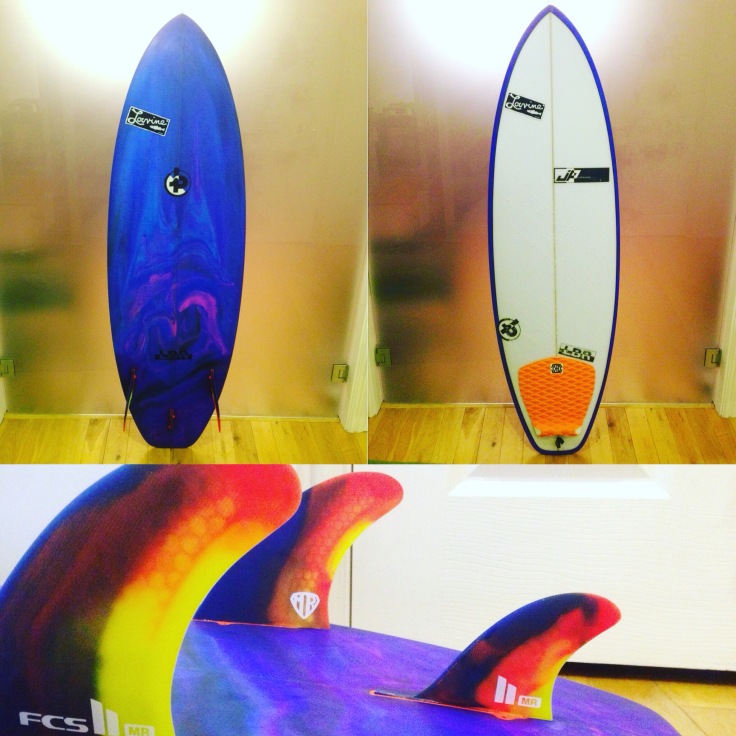 With the temperatures now dropping rapidly as winter takes its hold, conditions have definitely swung towards surfing, and that will be mainly what I am doing now until April. Piking, stillwater fly fishing and Grayling will be the targets over winter with their sessions taking place when flat or surf is poor. Grayling on the fly is something I am very keen to pick up and learn, theres something oddly satisfying about wading a river in the depths of winter while the ground is frozen and icicles hang from the overhanging branches on the far bank. I also find the czech/french nymphing methods captivating and something I am very keen to learn the ways of.

So to all those reading this, I apologise for the length of this post, but I hope you’ve enjoyed reading as I took you back over my 2016 season. It’s definitely been one to remember and I have a lot to take away from it and continue on with into 2017.  A late Merry Christmas and an early Happy New Year.